When I first moved out to the Bay Area in September, I was looking for places to go and for new friends to make. The first weekend after moving into my AirBnB place happened to be the first College Football Gameday. Luckily a friend told me about a Gator Bar near Google where a number of Alumni meet up to watch the game. The Sports Page.

A life size, blow-up Gator greeted me in front of the door like a lawn decoration on Christmas as I walked in. Around 20 Alumni were inside with an average age of 32, definitely different than the swamp. Some festive Alumni who I assumed led this chapter of the Alumni Association had me sign in and gave me the ‘BEAT’ Sticker. After a little small talk with some guys near the bar, I sat down at a table to order some food.

The guy I sat next to seemed cool, and we started talking about a startup he is working on. His company was a mix of  finance and social media, which he said has grown a lot over the past couple years. As the conversation progressed, I introduced myself  and once he said his name, I couldn’t help but to think what are the chances of that?!

The first person I had a full conversation with beyond my new roommates in the Bay Area happened to be a UF graduate with a Social Media startup, Haitian, and named Jerry.

For those reading this and do not know, I became very close with an amazing man named Jerry DeClasse at UF. Jerry was an Innovation Academy student, involved as an executive board member of the Entrepreneurship Club and was a Social Media guru who had tens of millions of followers across multiple Twitter accounts. This past January he tragically passed away at the age of 20.

Since I have moved out here to this tech hub, Jerry crosses my mind almost everyday. From my first day exploring San Francisco passing by the Twitter HQ, to having conversations with strangers about Drake or Dragon Ball Z, there have been so many times when I would think about what it would be like if Jerry was out here exploring with me, or even his reaction to the stories I’d be telling him/people I’ve met.

During my time at UF, he has truly been the most driven, entrepreneurial and humble person I’ve met and I could not have been more lucky to call Jerry DeClasse a friend. Jerry taught me more than I believed I could ever teach him. I am grateful for the time I spent with him and a better man as a result.

Today my friend would have turned 21.

Happy Birthday to the man who has inspired me to learn more and be better each and every day. 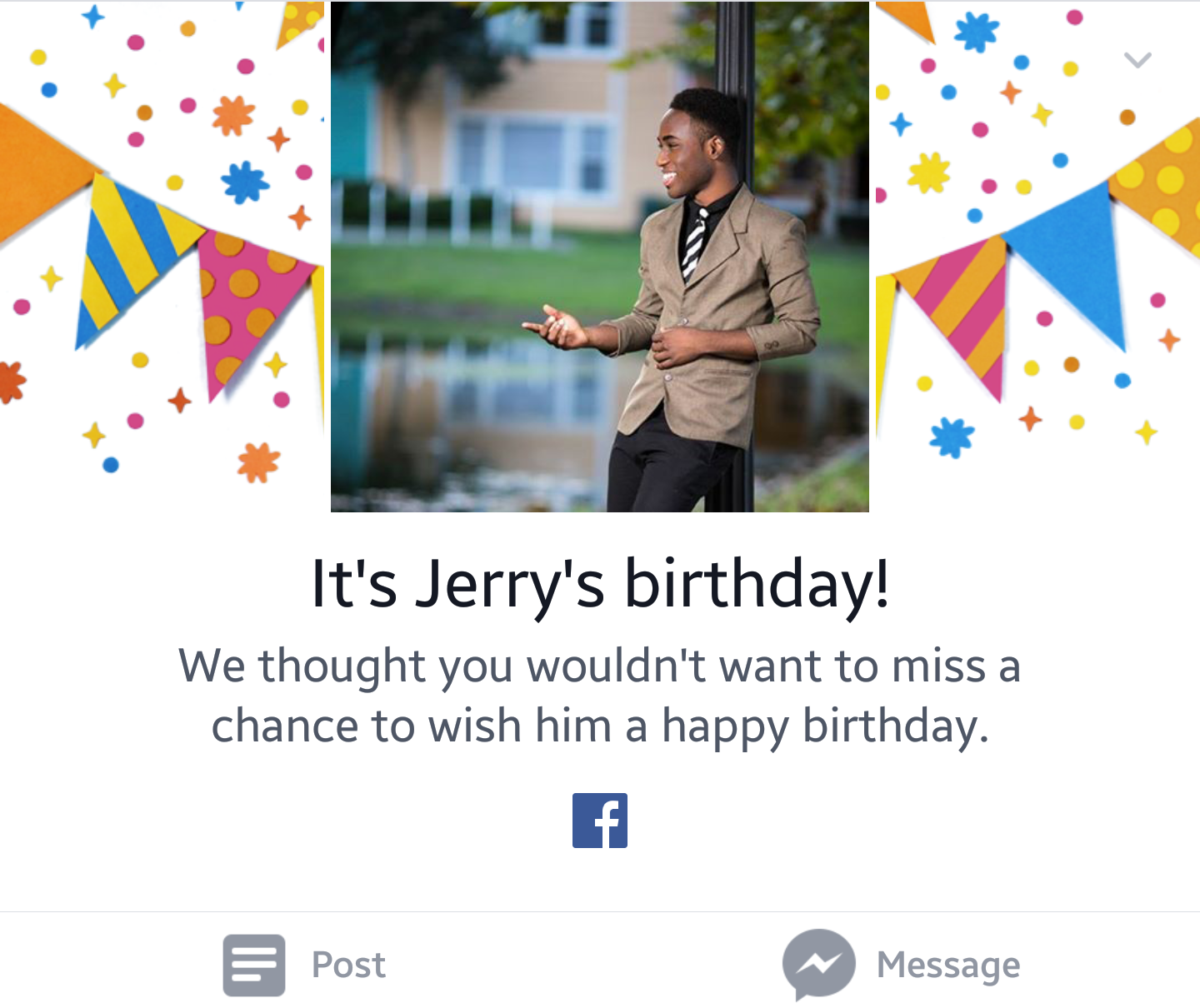