Since we hosted the first Hopping 4 A Cure Hopscotch Tournament in 2011, we have seen a steady growth of the organization which now has 3 Chapters across the state. 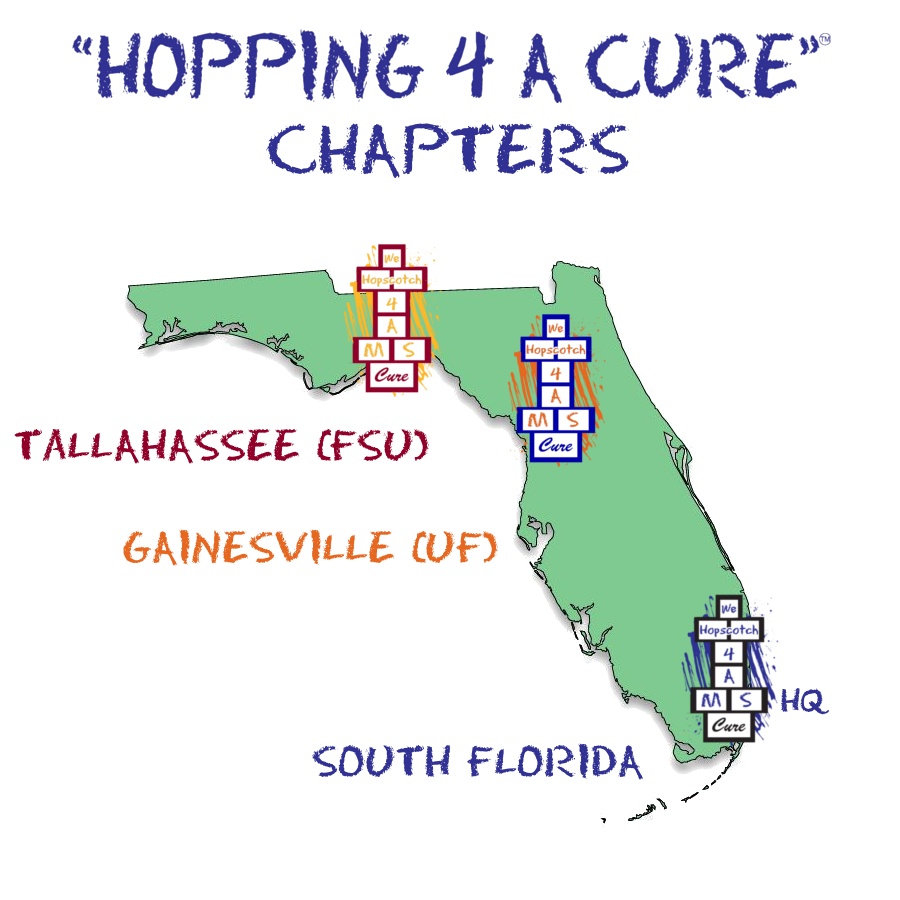 Our Hopscotch Tournaments are the core of our organization, the focus of each calendar year and semester schedule at the University level. Hopscotch Tournaments are our primary source of dollars raised to follow our mission of helping those who are diagnosed with or affected by Multiple Sclerosis on a personal level through College Scholarships and Alternative Medical Research.

When compared to one of the most popular fundraising events most large nonprofits organize, a 5K, a Hopscotch Tournament is able to be organized with less than half the time, less than half the overhead, and still able to ask for roughly the same donation price to participate. To put this into perspective, our main expense as a nonprofit are event T-shirts.. Our second is Chalk. We are also able to provide more value to each participant through other recess games and competition like Hula Hooping, Jump Rope, 4 Square, Basketball/Knockout, Football, Ultimate Frisbee and more depending on the facility we are hosting the event and it’s resources.

All that said, I knew we were not fundraising enough or making enough money from each event to truly accomplish our goals and reach our vision. For each event, Sponsors would be providing the majority of our dollars fund-raised which would have also covered the cost of shirts and then some, so by the time an individual donates to participate, 100% of their donation goes straight towards the cause instead of covering the cost of shirts. Although we have never lost money on a Hopscotch Tournament before, we weren’t making a whole lot either.

I started looking into other successful philanthropies on campus at the University of Florida and through comparing organizations and best practices practices, it was clear what needed to change. We had a situation where we asked a college student to donate/pay a set amount to participate in an event that they are:

Intrigued? Think about the traditional stereotype of today’s college student. What do you see? Student loans, minimum wage jobs, increasing tuition/costs of books, etc?
Now, let’s take Dance Marathon (as mentioned above) as our primary example and think about how the University of Florida chapter has been ridiculously successful in fundraising upwards of 2 Million dollars in one

According to their website, Dance Marathon at UF has over 800 participants (Dancers) who stay up for 26.2 hours raising money ‘For The Kids’ (FTK). Since the Dance Marathon chapter started at UF 22 years ago, they have raised over $12.4 million making them the ‘most successful student-run philanthropy in the southeastern United States’.

What makes Dance Marathon so successful? Did each of their 800+ Dancers donate/pay over $3000 PER PERSON to reach the incredible $2.4 Million in 2016? Well, kind of.. although there are WAY more than 800 individual people donating money to Dance Marathon at UF, the real key is how Dance Marathon has such a large number of organizations across campus  who sign up as many members as possible through an online platform and ask them to fund-raise themselves, asking others (friends/family) to donate/pay. Due to the popularity that has grown for the event over the past two decades, the exclusivity of being a Dancer forces Dance Marathon Organizers to limit participating individuals per organization which usually results in a competition internally to see who can fund-raise the most within the organization in addition to which organization overall fund-raised more that another externally.

What does Hopping 4 A Cure need to do in order to help more people with Multiple Sclerosis, spread more awareness, and raise more money? The answer is simple. Change our model from that of a 5K to one where participants can raise money themselves instead of donating/paying out of their own pocket. This would allow students to participate in our Hopscotch Tournaments for FREE (potentially) as long as they are able to raise the minimum ticket price of $20. If they are unable to raise all or most of it, then they just have to bring the remainder of the $20 to the event. 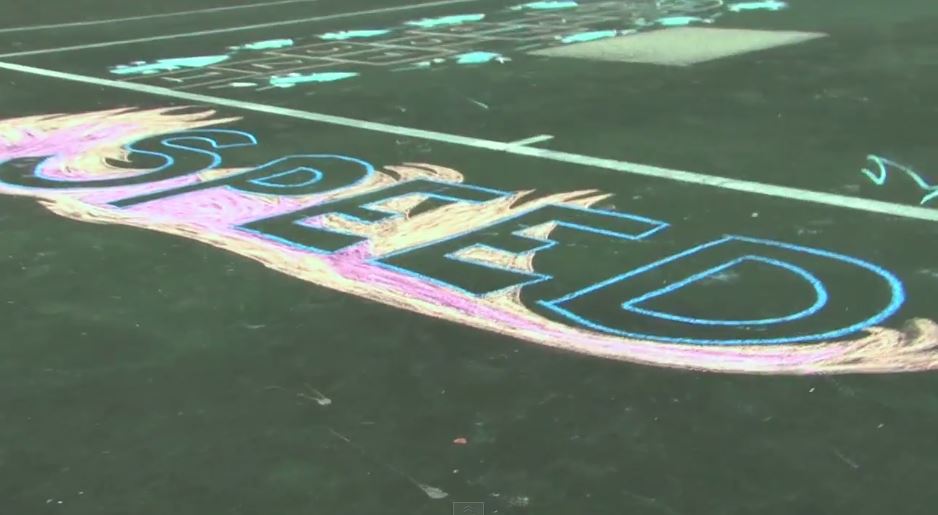 We will include an incentives program as well! The more money you raise, the more ‘Swag’ you get! Beyond simply raising money to get in, you will now be competing to raise more money than others with incentives like top 50 fundraisers get shirts, top 20 receive glasses, top 10 receive backpacks, and top 5 receive their own Customizable Hopscotch Grid!

Student organizations will also have incentives for signing up. We will give out awards for most people signed up, most spirited, and obviously most money fund-raised. The top 3 fundraising organizations will have their logo on the back of our shirts as well!

What truly prompted this change?

My assumptions and though process proved to be more than correct while I was attending UF’s Relay for Life in April, which just so happened to be the day before the Hopping 4 A Cure Hopscotch Tournament. As I was walking around catching up with friends and making small talk (something I actually enjoy a lot), I began asking a few of them if they were affected by the cause and how much they raised. These are common questions I’ve heard people ask before. The responses varied although one stood out from a friend I’ve known since freshman year.

After that conversation, I became more motivated than ever to make the change for Hopping 4 A Cure, and I am proud that within 3 months later.. The Summer Hopping 4 A Cure Hopscotch Tournament at the University of Florida will be suing a new platform where individuals and teams/organizations can sign up for free, have their own fundraising page, and raise as much money as they can!

After discussing with my team about incentives for everyone to fund-raise, they decided that I Will Die My Hair Orange and blue for Graduation pictures If Hopping 4 A Cure reaches it’s goal of $2,000 with at least $750 coming from my personal fundraising page. Do you want me to follow through with that? DONATE BELOW  OG Hopscotch Crew on Crowdrise