Reminded by my friend Alex this weekend, that the first time I ever heard of the IRONMAN race was when he showed me this video almost six years ago. We sat in my house and said one day he would finish this race. Honestly, I did not think I’d be racing it only a few short years later.. Here’s how it all happened.

Senior year of High School. I had just finished my first marathon and was challenged in my Peer Counseling class to pick a goal, write it down, and start expressing it to others. This was to create a mental and social bind to this goal to help me follow through with what I had said. My goal: Finish a Half-IRONMAN 70.3 Race. Figured I didn’t want to run anything longer than a Marathon so Triathlons seemed to be a natural transition (#TriathlonJokes). A Sprint seemed too short, Olympic looked like it would not be as impressive, an IRONMAN was obviously ridiculous, so half-jokingly, I settled on the 70.3 distance.

I reached that goal a year later in my first Spring Semester in Clermont, FL. Being in the University of Florida’s Innovation Academy, was able to train over the Fall semester, join the UF Triathlon team, and race in my first Triathlon in Miami (Escape to Miami Olympic Triathlon) to prepare for the 70.3 Mile race in April. 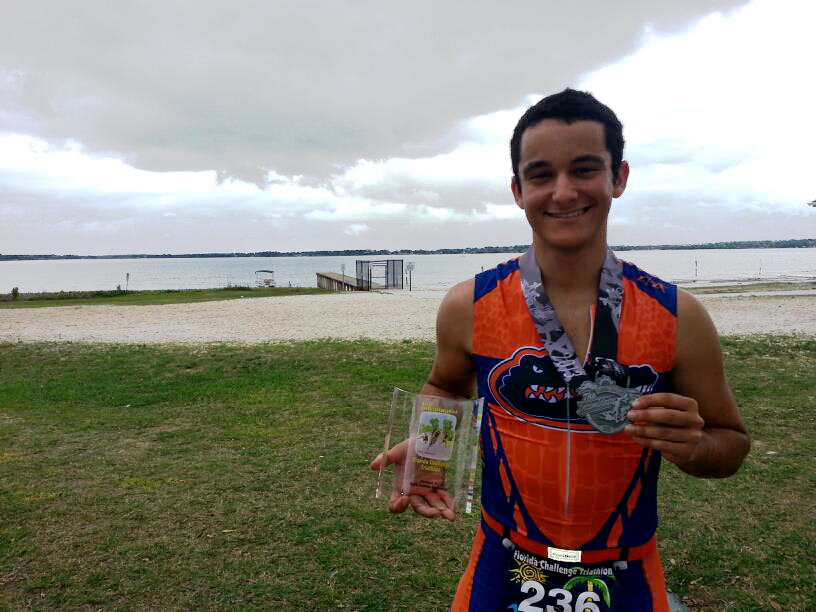 I even took advantage of a 30-day project in my Creativity class to train for the 30 days leading up to my race with the Half IRONMAN being the finale – timing just so happened to work out!

Fall 2014, I remember looking up Full IRONMAN races to see where the closest one was out of curiosity and I saw only one in Florida. The event ironically was the past weekend, so I decided to sleep on it and think about signing up for the race over agian. I check back the next day to look over the details and realize the race was SOLD OUT.. The same week as the race just took place, it had already sold out for the FOLLOWING YEAR!! I could not believe it.

A few months later, I found myself saying that I knew I could finish the Full IRONMAN distance to a number of friends, family, and even random people I had just met. Apparently I had talked myself into doing it and all I had to do was sign up.

Fall 2015 comes along and I’m working in Orlando at Walt Disney World. It’s been a while since I trained for something worth while, but the conversations about the IRONMAN didn’t stop. I mentally committed to signing up for the Florida IRONMAN in November, so when I found out about the Walt Disney World Marathon, I couldn’t resist signing up before that sold out too – it’s always more motivating to train when there is a race to train for. The training had begun.

My work schedule is released for the weekend of the Florida IRONMAN, and I was working. In Tourism, working weekends is a part of the job description so I was not surprised. Finding someone to cover the shift was the hard part, but on the 7th person I asked, a fellow intern agreed to cover it for me.. (Thanks again, AJ!)

IRONMAN registration opens in the following order to these people:

Working until Midnight on November 1st, the day of the race, the plan was to be in Panama City at 9AM November 2nd to see what was going on and to wait in line to sign up in person, ensuring I had a spot for the next year. Following work, I was going to take a short nap (1-2 hours) and then begin the drive from Orlando to Panama City Beach. After Signing up for the race, I’d make my way to Tallahassee and stay at my friends place while checking in on the new FSU Hopping 4 A Cure Chapter, then make my way back down to Orlando.

Got off work and made it back to Vista Way safely, ready for a nice nap. That 1-2 hour nap turned into a 9-10 hour slumber.

The goal of being in Panama City by 9AM, turned into the frustration of waking up in Orlando at 9AM!

Out of rage and frustration, I threw on some clothes, grabbed my computer, ran to my car and immediately hit the highway. Felt weird passing Gainesville without stopping but I was too frustrated to consider what could have happened if I tried sleeping at a friends place in Gainesville after work instead of having to make the 7 Hour drive all at once.

When approaching I-10, I knew I needed to take it easy with my speed because I did not want a ticket. I-10 is notorious for tickets since it is a long, flat, straight road that gets boring real quick when you are driving long distances. My time on I-75 was coming to an end, when bright red and blue lights fill up my rear-view. I was clocked by a Helicopter.. in the sky!!

Now stuck with a $300 ticket (rounding up.. a few dollars..), super late from my goal time and with an extremely low chance of getting a spot, I still decided to keep on moving and see what happens.

As I pass Tallahassee, I realized I caught two breaks. I completely forgot that Daylight Savings Time had just taken place (plus one Hour) AND I never knew that Panama City Beach (and west) was in ANOTHER TIME ZONE than the rest of the state of Florida (plus one Hour), meaning I was just ‘given’ two hours to arrive in Panama City a bit earlier than the new expected time! 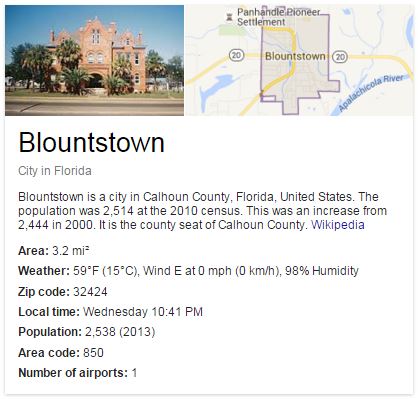 Exiting I-10, Google Maps brought me down State Road 12. I was in desperate need of Gas, but actually felt extremely uncomfortable when I pulled into the gas stations, so I continued to whenever the next gas station was going to come up.. Blountstown, FL.

After re-fueling I was only around an Hour away from Panama City Beach, the destination I had typed on my phone. No idea where in Panama City the race was taking place, just knew to head to the beach and I should be able to find it – it is a 140+ mile race anyways, right?

I asked a guy near where I parked who looked like he just raced and asked him where to go to sign up, and after checking his watch, he said I was probably too late! It was around 3pm in Panama City and the in-person registration closed close to 12pm Noon. I was devastated but decided to check out the actual location to see if anyone could help. Nothing could be done but to try and check online.

Surely enough, registration seemed to be open on my phone so I sprinted back to my car for my computer – so lucky it was with me! Computer in hand, I burst into the lobby of a Hotel I parked in and exuberantly explained the situation to the front desk (probably in even more detail than this) and asked for their Wi-Fi information.

Bing. Boom. Pow. Entered in my card information… DENIED – my credit limit was too low for the month!! The race after all taxes and fees was close to $800 (rounding up)!! Called my mom to save the day, and after some serious finagling and intense typing .. WHABAM! 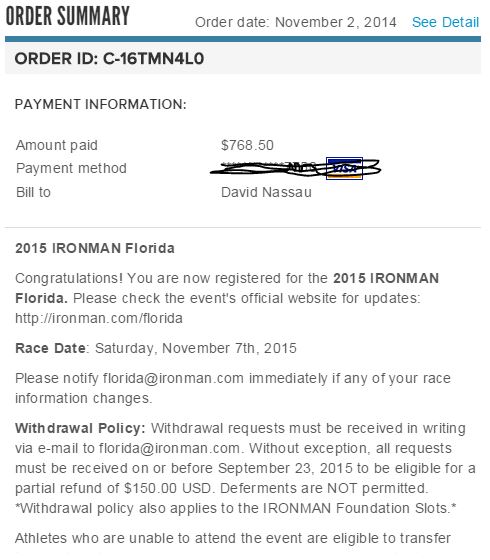